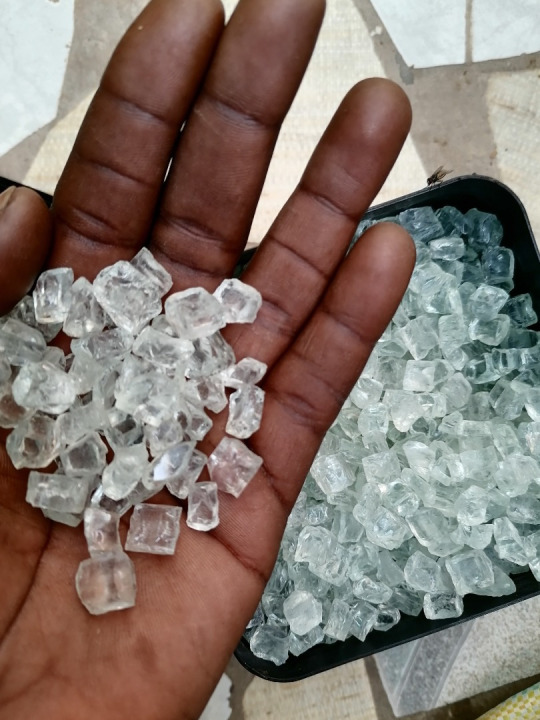 The mother of all gemstones.

Due to its seemingly pure appearance, Goshenite (or White Beryl as it is sometimes known) has been named the “mother of gemstones”. Goshenite is also said to be the purest of all gemstones and in several countries the gemstone is extremely popular in marital ceremonies.

This clear, colourless gemstone exudes amazing brilliance, scintillation and fire. As other Beryls received their colour from internal impurities, early gemmologists assumed that the gem must be pure; however, it was later discovered that Goshenite was unique in that it had other chemical impurities that actually suppressed its colour.

Since the 1st century AD, the excellent qualities of this transparent Beryl have made it the perfect alternative for other colourless gemstones, such as Diamond. When it is polished and faceted it makes a fantastic and classy gemstone that sits elegantly in white gold.

In Ancient Greece, the Greeks used Goshenite to make the first ever glasses, as its crystal clarity was perfect for lenses. Maybe this is why it is believed that this gemstone can help improve one’s eyesight.

In addition to aiding poor eyesight, it is also believed to help fight fatigue, lending strength when you become exhausted. It can help you clear your mind, and bring truth and clarity to your psyche. As well as being used for glasses, its transparency has made it ideal for making small crystal balls.

When it is free of inclusions, it really is one of the most beautiful gemstones on the planet and rightly deserves its nickname “mother of gemstones”. Some also think this nickname refers to the fact that it is able to transform into a variety of different Beryls with the addition of different impurities.

In terms of carat weight and pricing Goshenite follows a similar path to its sister Beryl, Aquamarine. There is a premium paid for pieces over one carat and then the price increases steadily per carat until you get to pieces that are too large to set in jewellery. Whilst pieces over 30 or 40 carats in weight are regarded as museum or collector’s pieces, they tend to drop slightly in the price paid per carat. One or two small inclusions in Goshenite should not have much of a negative effect on the gem’s price, but the quality of the cut is crucial if the gem is to have a Diamond-like brilliance.

The name for this gemstone derives from Goshen Massachusetts, which was one of the first areas to discover the gem. Today it can be found in several countries, but most are mined in Brazil, America and Canada.

Measuring 7.5-8 on the Mohs scale, it is ideal for setting into a variety of jewellery designs: as with other Beryl gemstones, it suits a variety of cuts, but the step cut is quite a popular one to apply.

Whilst its other family members Emerald, Red Beryl, Heliodor, Aquamarine and Morganite are all exquisite gemstones, there is something magical about the purity of Goshenite.